Is Your Business Ready To Thrive in 2019?

Almost every day, I have an opportunity to speak with someone online who identifies as an entrepreneur and business owner. Sometimes, they approach and other times I approach them. In either case, we talk about business. I always like to hear about what other people are doing and I also am always happy to share about my business. From these conversations, I have come to an understanding of the current marketplace and I am writing this article to share some ideas about what I believe is needed by many of these entrepreneurs.

The first thing that I will mention is the motive. Many say and even publish in writing on social media that they decided to launch their enterprises because they hated the job they held up to that moment. Many simply hated their boss and wanted to simply be one’s own boss. I have heard of the need to prosper financially and be able to go on vacation to exotic locations, drive nice cars and live in mansions, etc. For many of these individuals, I have observed the absence of adequate preparation and grasp of the concept of entrepreneurship, a lack of vision, mission, and planning.

Whatever the motives for going into business, one must have a profound understanding of what entrepreneurship requires. I believe that entrepreneurship is inherent within each of us. We both have varying degrees of awareness of this. And we all do not have the same response to it. Many are inhibited by fears, doubt, a sense of inadequacy, or a lack of motivation. These enemies of one’s destinies were able to establish their government in many people through the natural process of hereditary as well as nurture, which is our experiences in the natural world. And these negative forces that wage war against the destinies of people hold people captive and prevent them from fulfilling their full destinies.

They stifle creativity and innovation and they cloud the mind so that one cannot see clearly. They also kill the inner strength. By raising the prospect of impending disaster, they release in people anxieties, which represent a person’s unjustified fears that something disastrous is going to befall him or her. At the end of the day, the person being thus held captive is exhausted and they give up. Once that happens, they settle for mediocrity, which is less than what God intended for them to be and to accomplish. Now, they just want to go along. They have capitulated. They have surrendered their will to the enemy.

The ability to see is central to the unleashing of the entrepreneurship. Creativity and innovation are the outward expressions of what one is able to see in the spirit realm. Others may say seeing within and others may call it dreams. It is a fundamental principle of life that one can only possess what one can see and one can only walk into that which one can see. So, seeing is central to the capacity of human beings to enter into their full destinies. This is clearly stated in the Bible. When our Lord Jesus Christ needed to give an analogy of the hopelessness of the society in this days on earth in the early form, He compared the people then as the blind leading the blind. He did not say the deaf talking to the deaf, or the lame trying to carry another lame person. He stressed the very aspect that is tied to our ability to fulfill our true destinies.

I will write more on this topic in the future. But let me simply state that this type of explosion in entrepreneurship – where many have embraced it, even without any clear idea of what they should do or what business they should undertake – is tied to the times we live in. God has released this unction from His Throne for a specific purpose: to raise a Joseph Generation that will harvest uncommon creativity and innovation from the Throne of our Father and release into creation such miraculous workings and signs that have never been experienced before.

It is quite unfortunate that for the most part, up and until this time – the last one hundred years in the history of humanity, creation has witnessed an acceleration in technological advancement. And the technological advancements of the last twenty-five (25) year have been astonishing. Companies such as Microsoft, Google, have come into existence and had such a powerful impact on the way we live life. And the pace is continuing in many areas – I can mention a few: genetics, nano-technology, just to mention a few.

Let me announce today that from this year, we are about to witness changes such as were inconceivable just five years ago. But these advancements come as a harvest from the Throne of God. The cries of the Church cause the release of this harvest from heaven. Unfortunately, the Church the Church failed to posture Herself to harvest. As a result, it is Hollywood that is not even prophesying to the world. Unfortunately they are accessing these things through the occult, which brings consequences with them.

But the hour has come. Our Heavenly Father is raising a new generation that march in a dual walk: both in heaven and on earth. And we are now impacting the marketplace. This is all I can mention here. There is more. But I cannot say more than I have already written here for now.

You will also notice that with this multiplication of entrepreneurs, there are also many who advertise themselves as Coaches. Life coach, business coach, marriage coach, money coach, career coach, etc. Most of these are a human application of the true impartation that our Father has released but because those in the Church to whom our Father released these things to are asleep. As a result, the mantle is being picked up and attempted to be worked out in a limited manner.

It is not time for those who have heard the call, even just so slightly, to begin to focus, to look and listen hard and long. Arise now. And let me conclude by stating that those of you who identify with what I have mentioned in this article – you are excited by the fires of entrepreneurship, and yet you feel confused, limited, hindered, stifled in such a way that you don’t know how to release this thing that you know is inside of you – do not be discouraged. Please feel free to comment in this article. Many of you started the business, but then you experienced setbacks. Yet you have refused to give up. You are here again contemplating or maybe you are doubting already. Yet, the drive within would not leave you alone. Do not give up. That’s all I can tell you. We must hear from the Father who is doing these things.

Part of our assignment is to bring the Revolution Movement – Transformation Glory through Revival to individuals, families, communities, cities, and nations. And entrepreneurship will play a major role in this Movement.

Know Your Numbers. Know Your Business. Our FREE SEO Audit will provide you with the knowledge and the insights in the numbers you need to know your business. We will also help you use the insights to devisive your Digital Strategy to bring your Online Presence into alignment with your Business Goals. Don't Miss This Opportunity! 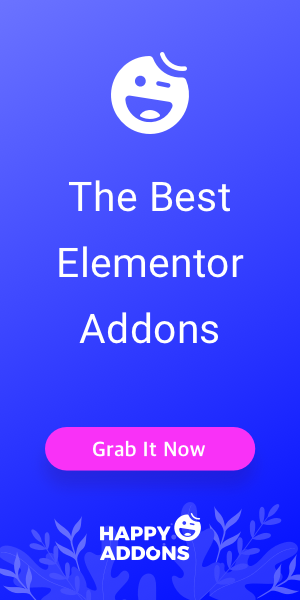 Our Mission is to help tell your story by building powerful brands through design, research, and our creative and innovative solutions.
Find Out More

Subscribe to our Newsletter and receive the latest tips, updates, info, deals, and hacks to help boost your presence online.

Is your business or organization ready to thrive in 2020 beyond?

The Mission of OnMax Host Digital is to help create and build your brand and grow your business by placing customer experience at the center of your Digital Transformation.

Give Us A Review